Every author probably has a question that is always asked of him or her.  What does everyone want to know about George R.R. Martin? When he will write his goddam sequel.  What do we always get asked? See. Clever. A smooth segue between George R.R. Martin and Greg Lazarus for those millions of Google searches that include both our names.

We always get asked how we write together. And we always say the same thing. When we write, we don’t fight. It’s sort of true. If you don’t count comments like, ‘Don’t be stupid, stupid’ in your definitions of fighting.

One way we achieve this peaceful stance towards one another is by developing our own writer vocabulary. Words subtly shift their meaning. If I’ve penned a draft of something and I show it to Greg, I’ll ask him what he thinks.  And this is how it goes: ‘Interesting’ means ‘crap’, ‘good’ means ‘fairly crap but not entirely crap’, ‘ great’ means ‘maybe we can salvage one or two lines from your 500 words’.  But doesn’t any relationship work like this? Since when did ‘I’ve got a headache’ mean ‘I’ve got a headache’? 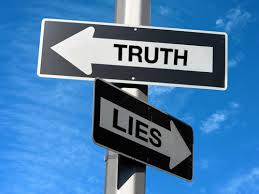 Some writer collaborations probably involve a whole lot of fighting. Raymond E. Feist at Open Book Festival seemed to imply that this was the case with his collaborative partner, Joanie or Jo or Jumbo or something. He said that they screamed at each other for hours but all in the interests of the narrative, of course.

This would never work for us. New work feels very fragile. Ours is not a cactus like Feist’s manuscript; it’s more like a struggling sapling, just breaking through hard soil.  Even sharing ideas at the early stage is very difficult. Greg refuses to do it. He says he has to feel his way into a piece. I think that sounds a little bit poncy, but I tell him that I understand. And after he’s sent me the first 500 words, I’ll be sure to say, at the very least, how ‘interesting’ I’ve found them.

The other day I took myself out to breakfast. To Cassis. Very nice. The tables are too close together and you can hear everyone else’s conversation but that, of course, is part of its Parisian charm. The coffee is good, too. Besides eavesdropping and drinking good coffee (a pair of activities that are made for each other), I was struck, again, because it’s not a new insight – though that won’t stop me repeating it – by the fact that almost everyone there was engrossed in a cell

phone. They were tap tapping away like zombies. Myself included. Nobody reads books anymore.

Yet everyone has a story to tell.

Apparently, every five minutes a new book gets loaded onto Amazon. Of course, mostly, these books are never bought or read; they’ll be lucky to score a couple of sales. Authors are both prolific and redundant. Like Hello Kitty stickers. Granted, there may be scores of Japanese who wouldn’t agree with me about the HK stickers.

Chuck Palahniuk, in his book Stranger than Fiction: True Stories, lists five reasons for this “explosion” in the desire to tell one’s story. He comes up with these factors after attending the world’s most depressing writers’ conference, where people try to pitch their new screenplay or book idea. Participants have seven minutes in which to do this. I thought: seven minutes!? These days, you need to be able to pitch your entire story in about five words, the so-called ‘elevator pitch’, in order to attract anyone’s attention, so seven minutes sounds like forever.

Anyway, here are his reasons for the explosion in the desire to tell one’s story:

The first four are pretty obvious. We have more free time, technology makes publication simpler, we have more material because we live longer and we are supposedly more educated. But disgust? He says: “Disgust. Except for maybe six movies at the video store, the rest is crap. And most books, it’s the same. Crap. We could do better. We know all the basic plots… Instead of wasting more time and money on another crappy book or movie, how about you take a stab at doing the job? I mean, why not?”

But I think people are losing the plot. No point writing a book. Nobody reads. Ideally, you need to break down your story into a status update, a tweet or a free game. That way you’re sure to find an audience. 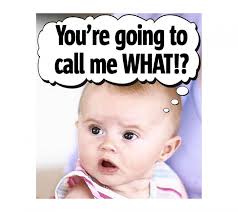 I’ve never liked my name. It reminds me of a little girl twirling her curls while sucking a lollipop. Lisa Lazarus: that is not a name with serious intent. When I gabble it down the phone, I sound all tangled up. Backwards, it’s Asil Surazal and if I say it right, it rhymes, making my name lilting and light. But I can’t use my name backwards, so basically I have a life sentence with the forward version.

I could have lost my name when I married but that didn’t seem right. I’d been stuck with this odd-sounding abbreviation of me for close on 30 years by then and had kind of made peace with it (in the same way I’d got used to never tanning.) Like untanned skin, I thought of my name as a ‘feature’ rather than a ‘failure’, or at least that’s what I told myself. And anyway, I didn’t feel right changing it willy nilly, or more because of ‘willy’ than ‘nilly’. Then when Greg and I started writing, we finally had a chance to get it right.

‘What we going to call ourselves?’ we kept asking each other. 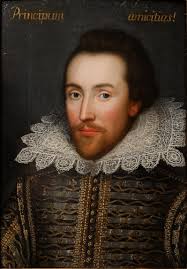 Looking sharp in his ruffles

‘Shakespeare,’ I suggested, ‘but just without the ‘e’ at the end, so that people won’t get too confused between us and him.’

We had a choice: we could either go with the guttural sounding monk with possible digestive problems, Greg Lazarus, or the pleasant but air-headish, Lisa Fried. We went with the monk, which possibly, in retrospect, was a mistake.

I’ve sometimes heard that African writers can seem more intriguing to an international market if they have names that sound exotic to European and American ears. But it’s not as simple as that. I’ve also heard, via the writer grapevine, that some black male writers feel hard done by. It’s fine, good even, to be a black female writer with an intriguing name but if you’re a black guy writing stuff, there’s the usual clichéd response to black men: fear. I can’t comment. Nobody seems threatened by Greg Lazarus.

But when we tell people our writing name, there’s a still a lot of confusion.

‘I’m Greg,’ said Greg to a woman who had enquired about what we called ourselves, ‘and she’s Lazarus – that’s her surname.’

‘Ah, but it’s your first name,’ said the woman, as though this point were telling and indicative of how unconscientised we were regarding women’s rights.

‘Um, but she’s Lazarus,’ he tried again. But that wasn’t going to fly.

Maybe we should just change our name to ‘Lazarus Greg’, make it more African, put my name in front, and see where that gets us.